Meet the 'F-35' of the Vietnam War: The F-105 Thunderchief Fighter-Bomber 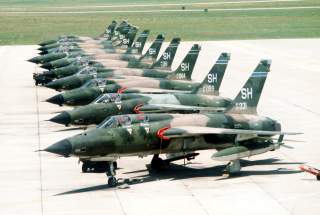 (Recommended: Why Is the World's Fastest Plane in a Museum?)