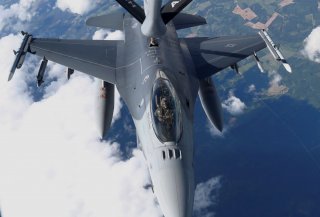 Key point: DARPA's latest project is a robot that can fly away from its host plane before launching its missiles. This would expand the plane's attack range while also allowing the fighter to get away from the action.

The Defense Advanced Research Projects Agency — DARPA, the Pentagon’s fringe-science organization — has begun work on a small drone that extend the range of an AIM-120 air-to-air missile.

This piece was published several years ago and is being republished due to reader interest.

This piece was published several years ago and is being republished due to reader interest.