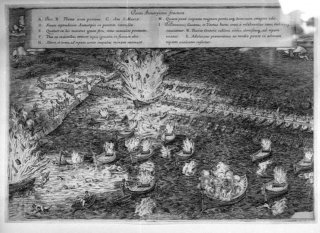 Here's What You Need To Remember: Although the hellburner captivated 16th century military imagination, it never saw widespread use. One hellburner used as much gunpowder as an entire army or a fleet, all in order to strike one hellacious blow. Few opportunities justified such tremendous costs.