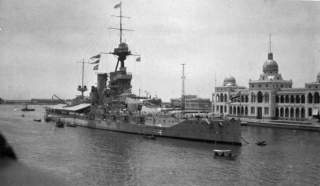 Key point: Its type was of so little use by World War II that the Royal Navy made no effort to restore it to frontline service, as it would have suffered badly under the guns of modern German, Japanese and Italian warships.