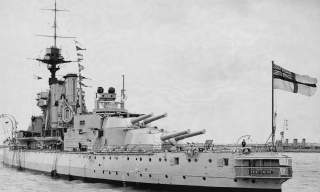 Key point: Vanguard was the largest battleship ever built by the Royal Navy, and was only exceeded internationally by the Iowa and Yamato classes.

The above is part of an ongoing National Interest series based on Robert Farley’s recent publication, The Battleship Book. The views expressed are his own.