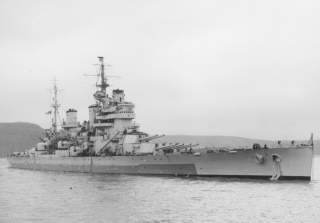 Key Point: That the design process continued as long as it did is a testament both to the longevity of Great Britain imperial pretensions, and to the belief that battleships would remain an important factor in naval warfare.