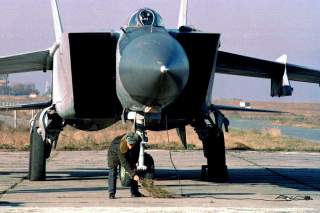 Key point: The USSR needed a fast interceptor for its vast country and also to function as a spy plane that would counter America's SR-71. Moscow's answer was the very fast MiG-25 which lasted for many years.