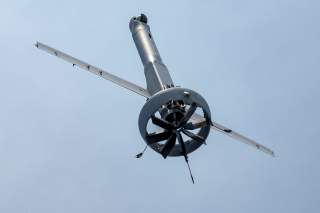 Key point: This potentially-brilliant idea would increase America's striking power without having to pay for more expensive full-size carriers.

Zachary Keck is the former managing editor of The National Interest. He can reached on Twitter: @ZacharyKeck. (This first appeared in 2015.)