Meet the Russian Army's Super 'Gun' That Can Destroy a City 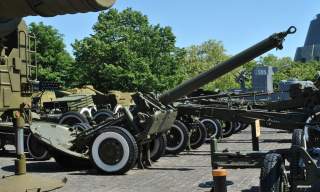