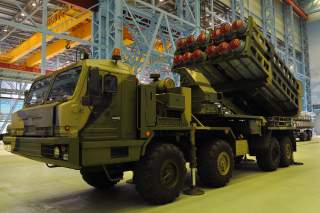 Thus a South Korean missile shield might substantially mitigate the severity of a North Korean barrage, but still not prevent such a conflict from resulting in horrifying loss of life, especially with chemical and potentially nuclear warheads at Pyongyang’s disposal.

This article originally appeared on War Is Boring on October 12, 2017.