Meet Stormbreaker: How the F-35 Will Crush You in a War (Even in Rain) 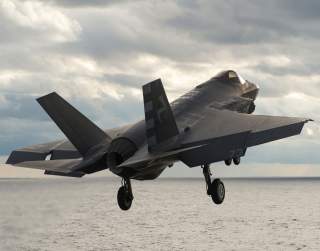 Key point: The F-35 is getting many upgrades, including those that will let it successfully hit targets in bad weather.