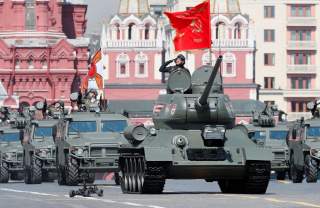 Key point: America, the Soviet Union, and the British had to come up with some effective tanks.