Meet Taistelukenttä: The Finnish Modern War Film Everyone Should Watch 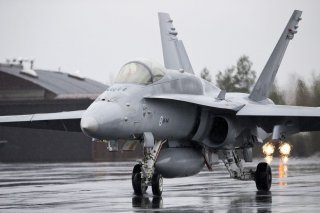 Key point: The older film is used to train Findland's military. Here's how the updated one will reflect the realities of how a potential adversary, such as Russia, wages war.

Charlie Gao studied political and computer science at Grinnell College and is a frequent commentator on defense and national security issues. This first appeared earlier in 2020 and is being reposted due to reader interest.