Memorial Day Questions: How to Fairly Grade Leaders in War 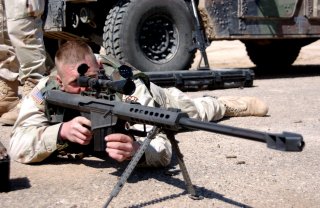 One of the greatest challenges for military historians is determining how to evaluate the capacity of leaders in battle. It’s easy to paint caricatures—making generals and admirals either heels or heroes. These portrayals are also the least helpful. They offer nothing for those who want to understand the role leaders play in fighting and winning and the conditions and dynamics under which they make decisions. Historians can do better.

There are different ways to evaluate the quality of decisionmaking. One is to ask: Did the leader make the best decision at the time? To answer that question, assessments need to stick to the information the leader had at the time and the context in which that decision had to be made. Today, for instance, some argue General Sherman’s Civil War “March to the Sea” (Nov. 15 – Dec. 21, 1864) was barbaric and unnecessary. But does that mean he made the wrong decisions at the time?

To fairly evaluate a decisionmaker, you have to stick to looking at what the decisionmaker knew. For example, look at Gen. Omar Bradley’s World War II decision to carpet bomb German lines (Operation Cobra, July 1944) to facilitate the outbreak in Normandy. The “friendly fire” killed over 100 Americans and wounded 500. Afterwards, Bradley railed against the Army Air Forces for how they conducted the bombing. He wanted the planes to fly parallel, not perpendicular, to American ground forces, reducing the likelihood the bombs would drift over American lines.

The facts available at the time, however, don’t back Bradley’s story. The Army Air Forces had explained to him why a parallel flight path was impractical. They also made clear that bombing as close to American lines as Bradley insisted would inevitably lead to friendly fire casualties. Bradley’s subsequent attempt to blame the Air Corps was simply a failure of integrity to stand up and take responsibility for his decisions.

The second way to look at leadership is to evaluate the quality of the decision, not questioning the decisionmaker, but asking how to make better decisions. In answering this question, it is perfectly appropriate to look at the follow-on consequences as well as information that might not have been available to the decision-maker.

So first, make sure which question is being asked and appropriately use the information available.

Second, be fair and skeptical of black and white calls that paint great captains as invincible winners or inept losers. For example, in Blundering to Glory (1987) Owen Connelly argued that Napoleon Bonaparte was a mediocre commander, more lucky than good. Nonsense! Connelly could reach such a conclusion only by lumping together every mistake Napoleon ever made and ignoring everything the general did right.

If generalship is going to be assessed fairly, it is important to consider the totality of what makes up the leader.

The study of Gen. Douglas MacArthur offers a case in point. MacArthur had a genius for war. Genius, however, is not a synonym for perfection. Error-free decisionmaking is not the measure of great generalship. Mistakes in war—even really bad decisions that, in retrospect, seem maddeningly obvious—do not necessarily reflect a lack of brains or character. Missteps in war are inevitable. And the more responsibility, the longer the campaign, the longer the career, the greater the stakes, the more far-reaching the objectives, the greater the likelihood that more misjudgments will be made. From that frustrating fact arise numerous disagreements among military historians.

MacArthur’s long battle history combined with his fragile character define him. Gen. Thomas Blamey, who served directly under him, perhaps summed it up best. “The best and the worst of the things that you hear about him [MacArthur] are both true,” he told his son after the war.  MacArthur left something for everyone to write about.

MacArthur was, in many ways, typical of our war leaders, a decent if imperfect man, fighting for freedom. He was, however, a great captain of military history. During World War II, he had setbacks, but he also engineered important campaigns and sweeping victories that helped not only win the war, but decisively win. The only honest way to tell his story—and those of other war leaders—is to tell it all: the good, the bad, and ambivalent.