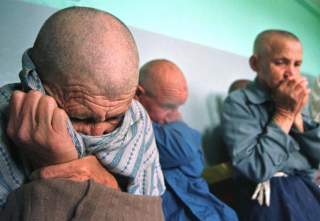 When we think of mental hospitals, images of Gothic Victorian asylums, or the flourescent-lit linoleum of modern psychiatric wards often spring to mind. Many of our ideas about what it was like to live and work in these institutions come from films like One Flew Over the Cuckoo’s Nest, which portray mental hospitals as cruel and authoritarian.

These institutions dominated the care landscape of Britain until the Community Care Act 1990 permanently closed psychiatric hospitals and relocated patients into community settings. All but a few mental hospitals have now been demolished or turned into housing.

But although these institutions were a vital part of communities across the UK, we have limited knowledge of what it was like to live and work there. An exhibition on the history of Cefn Coed Hospital in Swansea from 1932-2018 provided some much needed insight into what life was like. It found that despite cruelties, errors and suffering, the hospital was also a rich community environment that was full of life, energy and optimism.

During the 19th century, a series of parliamentary acts demanded that all counties in the United Kingdom provide a mental asylum. Prior to that, “pauper” lunatics were locked away in workhouses or prisons. Between 1808 and 1890, a network of county asylums emerged that provided increasingly specialised care. Swansea was therefore well behind other counties when work finally began on Cefn Coed Mental Hospital in 1914, only to stop again with the onset of the first world war.

When work finally resumed in 1929, psychiatry had developed into a modern and more optimistic field with the aim of both care and cure. The term “hospital” now replaced “asylum”, “nurse” replaced “attendant” and “lunatics” were now “patients”. Cefn Coed Hospital emerged in the interwar years as an oddity because it was designed as a Victorian asylum, but opened as a modern psychiatric hospital.

Cefn Coed Hospital finally opened in 1932, on an elevated, 130-acre fenced site in the west of Swansea. It included a main hospital building and convalescent villas, a chapel, bakery, nurse’s home and eight cottages for staff who were required to live on site.

During the early years, patients were admitted from the local Swansea and Merthyr area and were paid for by the county. Patients were admitted with a range of diagnoses - including psychosis, depression and anxiety disorders - terms that were still evolving in clinical language. Like many hospitals of this era, it also housed people with long-term learning disabilities and elderly people with dementia.

The optimism of this modern era was clear in the efforts devoted to holistic treatments and occupational health. From its opening, a hospital farm was established in the grounds to provide open air activity for patients in their recovery stages, and to supply the kitchens. In the first year of operations, 40 patients and nine gardening staff cultivated 32 acres of house garden, 28 acres of ornamental garden and 26 acres of farm land. The hospital also kept sheep, horses and chickens. The hospital farm, along with many others like it, closed in 1956 following the first of many parliamentary decisions to scale back funding.

At the centre of Cefn Coed Hospital was William Owen Hall, an ornate and formal entertainment space which could accommodate 600 patients for dining, musical performances, and dances, and which also had its own projection room.

Saturday evening cinema screenings became regular feature at Cefn Coed. By the 1970s, a motorised disco ball had been hung in the centre of the hall and an entertainment officer was responsible for booking regular artists and bands – including pop group Brotherhood of Man and Welsh singer Max Boyce.

Clive Prior, a nurse at Cefn Coed interviewed for the exhibition, described weekly dances, concerts, Christmas pantomimes and an annual New Year’s Eve dance. These shared social experiences gave a more human dimension to asylum life. A short entry in the hospital’s magazine in 1972 describes a Tramp’s Ball, in which the wards were transformed into a nightclub, with a mock fish and chip bar serving newspaper-wrapped fish and chips to patients.

By the 1990s, entertainment waned as budgets diminished and the focus shifted away from long-term care. Without proper maintenance, William Owen Hall fell into disrepair. When the floor collapsed, the hall was closed around ten years before the rest of the hospital.

Mental hospitals appear to us today in a state of ghostly dereliction, after years of neglect and a generation of bad press. But behind these images lies a history that is rich in everyday efforts to make institutional life more liveable. In the early years of operation, each ward at Cefn Coed had fresh flowers, their own pet canary, and a supply of books that was changed every fortnight. It was not unusual for mental hospitals during this era to have their own sports teams, education departments, and art and music classes. With mental health continuing to receive more attention than ever before, perhaps Cefn Coed’s history of care and community can help guide future treatments.