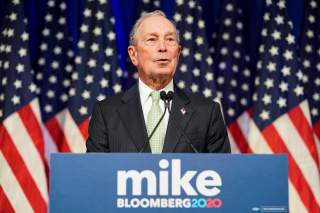 Joe Biden is losing. That’s the political narrative forming around the first two contests in the 2020 Democratic primary. After finishing fourth place in Iowa, and polling between fourth and fifth place ahead of New Hampshire’s vote tomorrow, the seventy-seven-year-old former vice president’s argument about how he’s the most electable is losing its shine.

The hooded specter hovering over the dying Biden campaign is that of Michael Bloomberg, the multi-billionaire former Mayor of New York City. Bloomberg, dissatisfied with the slate of candidates, entered the campaign at the end of November, much later than his competitors. The former mayor made the decision to skip the first two contests and invest heavily in the later states, beginning with the Super Tuesday slate.

To this end, Bloomberg has invested significant amounts of his own personal fortune, which is estimated at over $61 billion. Since the start of his campaign just over two months ago, Bloomberg has spent $300 million on his campaign, an unprecedented number in Democratic politics. This includes hundreds of millions spent in television ad buys, like a $10 million dollar one minute spot during the Superbowl. He has a growing campaign structure of 2,000 staffers, dwarfing any of his grassroots funded rivals.

A billionaire using his financial largesse to benefit himself in a political campaign has met with harsh words from the other candidates. “I don’t think anyone ought to be able to buy their way into a nomination or to be president of the United States,” said Massachusetts Senator Elizabeth Warren at last Friday’s debate. “It’s a funny thing. There are millions of people who can desire to run for office. But I guess if you’re worth $60 billion and you can spend several hundred million dollars on commercials, you have a slight advantage. That is nonsense,” added Vermont Senator Bernie Sanders.

Both Warren and Sanders are in the progressive wing of the Democratic Party, who have been very critical of the use of money in the political system. But Bloomberg’s well-funded campaign is a larger threat to Joe Biden in the short term.

“[M]y enthusiasm and confidence [for Joe Biden] have waned,” Florida State Senator Jason Pizzo told Politico. Pizzo had endorsed Biden early on, back in July 2019, but has rescinded his endorsement, saying now “I’m on board with Bloomberg.” Another Biden backer in Florida, State Rep. Michael Grieco, says he’s considering switching his support to the New Yorker.

Bloomberg, who was elected mayor as a Republican before becoming an independent, and then joining the Democratic Party in 2018, has been able to rack up several endorsements that otherwise might have gone to Biden. This includes, most recently, Rhode Island Governor Gina Raimondo and former Secretary of the Navy Richard Spencer (who Trump dismissed in November).

Bloomberg has pledged to use his wealth to finance the Democratic ticket through the November election, whether he is on it or not. His 2020 campaign will provide an excellent case study on how much money can influence voters.

This article has been updated.