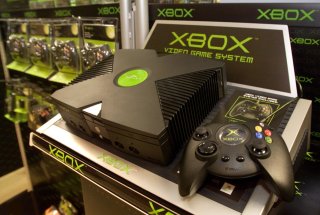 ’s been rumored for years that Microsoft is working on a low-cost, streaming stick-like device that would bring Xbox functionality to TVs without the need for a console. The company had announced a streaming dongle last June.

Now, it appears, that the company has confirmed those even further rumors and that it's working on something it calls “Keystone.” The device would connect with TVs via HDMI, with Xbox Game Pass included.

“Our vision for Xbox Cloud Gaming is unwavering, our goal is to enable people to play the games they want, on the devices they want, anywhere they want. As announced last year, we’ve been working on a game-streaming device, codename Keystone, that could be connected to any TV or monitor without the need for a console," a Microsoft spokesperson told Windows Central.

The statement added more detail. "As part of any technical journey, we are constantly evaluating our efforts, reviewing our learnings, and ensuring we are bringing value to our customers,” the spokesperson added. “We have made the decision to pivot away from the current iteration of the Keystone device. We will take our learnings and refocus our efforts on a new approach that will allow us to deliver Xbox Cloud Gaming to more players around the world in the future.”

Keystone is a codename, but the product won’t necessarily have that name. It’s also not clear when the product might arrive on the market. VentureBeat also reported this month that Microsoft is also working on an Xbox app for Samsung TVs, with that and a streaming device both set to arrive in the next year.

"This move from Microsoft is hardly surprising. The company has noted repeatedly that it doesn’t really care how you get into the Xbox ecosystem,” that site said in early May. “But while it has said that, it has also simultaneously poured huge resources into its dedicated Xbox consoles. This has been something of a concession that gaming hardware is still the best way to reach potential Game Pass subscribers.”

9to5Mac predicted the new product will become a competitor of Apple’s Apple TV. “Apple TV is not exactly in a good place. Apple’s set-top box is too expensive for a streaming device, but at the same time, it lacks console-level games to replace an Xbox or PlayStation,” the site said of the market that the new device will find itself in.

The Xbox Series X and the Xbox Series S, which comprise the fourth generation of Microsoft’s gaming console franchise, were both released in 2020. Along with the Playstation 5, it’s part of the ninth console generation.