Millions of Americans Are Missing Their $1,400 Stimulus Checks 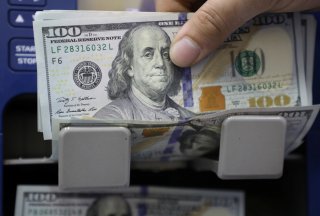 The Internal Revenue Service and U.S. Treasury have announced that they are currently disbursing four million more coronavirus stimulus checks for the third batch of Economic Impact Payments under the $1.9 trillion American Rescue Plan.

In all, this now brings the total sent out to cash-strapped Americans so far to more than 130 million payments worth approximately $335 billion.

According to the IRS, the current batch of checks included more than two million direct deposit payments, with a total value of more than $5 billion, and about two million paper checks worth nearly $5 billion.

And starting this weekend, many of the roughly thirty million Social Security, Supplemental Security Income (SSI), and Railroad Retirement Board recipients in urgent need of financial assistance will have their checks processed.

In a released statement, the IRS and Treasury Department said that they “anticipate payments will begin to be issued this weekend to Social Security recipients and other federal beneficiaries who do not normally file a tax return, with the projection that the majority of these payments would be sent electronically and received on April 7.”

The chief reason for the holdup in the transfer of funds was due to the Social Security Administration (SSA) itself, according to a recent letter from the House Ways and Means Committee to the benefits agency, contending that millions of senior citizens were sitting empty-handed because the SSA didn’t turn over the necessary payment information to the IRS in a timely fashion.

The agency has since acknowledged that it has been reviewing, validating, and testing the payment records after receiving them from the SSA just last week.

“If no additional issues arise, the IRS currently expects to complete that work and to begin processing these payment files at the end of this week,” the IRS stated.

“Because the majority of these payments will be disbursed electronically—through direct deposits and payments to existing Direct Express cards—they would be received on the official payment date of April 7.”

In addition, the IRS is continuing to review data received for Veterans Affairs benefit recipients. The agency estimated that stimulus payments for VA beneficiaries could be sent out by the middle of this month.

In a recent statement, the Treasury Department said that “the IRS estimates that Economic Impact Payments for VA beneficiaries who do not regularly file tax returns could be disbursed by mid-April.”