"Millions of Americans Could Die": Are We Ready for An EMP Attack? 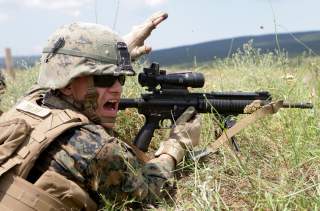 EMP Commissioners in congressional testimony—that constitutes part of the official record and findings of the EMP Commission—warned that, in a worst case scenario, most Americans could die in an EMP catastrophe, estimating possible fatalities ranging up to two-thirds of the population or more, perhaps as high as 90% perishing from starvation, disease, and societal collapse.  On September 4th, 1882, when the first electric grid lit New York City, the population of the United States was 50 million, 85% smaller than the 330 million Americans sustained by our electronic civilization today.  In 1882 most Americans were farmers, and civilization was sustained by coal-fired and horse-drawn technologies and critical infrastructures that no longer exist.  Even in 1922, before the advent of national electrification in the 1930s, the technology and critical infrastructures of the time sustained a population of 110 million, two-thirds fewer people than today.

On July 22, 2004, at a hearing before the House Armed Services Committee, the EMP Commission Chairman, Dr. William R. Graham, and EMP Commissioner, Dr. Lowell Wood, explained why two-thirds or more of the American people could die from an EMP catastrophe:

WOOD: The population that this continent carried late in the 19th century, sir, was almost a factor of 10 smaller than it is at the present time. We went from where we had 70 percent of the population on the farms feeding 30 percent of the people in the villages and cities to where 3 percent of the population on the farms at the present time feeds the other 97 percent of the country. So just looking at it from an agricultural and food supply standpoint, if we were no longer able to fuel our agricultural machine in this country, the food production of the country would simply stop because we do not have the horses and mules that used to tow the agricultural gear around in the 1880s and 1890s.  So the situation would be extremely adverse if both electricity and the fuel that electricity moves around the country, the diesel fuel, and so forth, if that went away and stayed away for a substantial interval of time, we would miss the harvest, and we would starve the following winter.

BARTLETT: Isn’t it possible that the ultimate effects on our society from a robust EMP laydown, although initially maybe few or no people would be killed, might be greater than the effects of ground-burst nuclear weapons in a nuclear exchange? I see Dr. Graham nodding his head in assent.

GRAHAM: Yes. In a way, we thought that was the threshold for our consideration because a determined adversary probably could manage to place a nuclear weapon on the surface, either by ballistic missile or other means, but, in fact, we concluded that, as you say, while producing no immediate fatalities, a high-altitude nuclear burst could over a period of time measured in weeks to months—and possibly, in some cases, even shorter—cause more fatalities than a nuclear burst directed at a population area. Of even greater concern is the fact that recovery from the high-altitude event could be more difficult.  In a nuclear burst in a city, however devastating it would be—and it would certainly be devastating—we have the rest of the country that we can bring in from the periphery of the attacked area to try to help in the recovery and help the survivors as much as possible.  But with a high-altitude nuclear burst, the area affected would be sufficiently large that it would not be possible to bring in enough support from the periphery in a rapid fashion to recover the area in a quick and responsive manner.  So, if you will, the peripheral effect is much more difficult to take advantage of with a high-altitude nuclear burst, and, therefore, the overall effect could be much more devastating.

On March 8, 2005, at a hearing before the Senate Judiciary Subcommittee on Terrorism, Technology, and Homeland Security, EMP Commissioner Wood, substituting for EMP Commission Chairman Graham, warned that an EMP event could "literally destroy the American nation and might cause the deaths of 90 percent of its people and would set us back a century or more in time as far as our ability to function as a society….So when we stop to think about being attacked by North Korea, we shouldn't think about Hiroshima or Nagasaki.  We should think about flavors of destruction that have never been seen before on this planet."  Moreover:

WOOD: …If the lights stay off for more than a year in this country, the Commission's estimate was the loss of life would run into the tens of millions, perhaps a great deal more. You miss the harvest. You have no refrigeration, no transportation, no anything except what we had in the country in the 1880s.  Most Americans will die in that interval."

At the July 10, 2008 hearing before the House Armed Services Committee on the EMP Commission 2004 and 2008 reports, the EMP Commission Chairman, Dr. William Graham, warned up to 90% of the American people could perish from an EMP catastrophe:

BARTLETT: I read a prepublication copy of a book called One Second After…The story runs for a year…At the end of the year, 90 percent of our population is dead…I understand that this is a realistic assessment of what a really robust EMP laydown could do to our country?

GRAHAM: We think that is in the correct range. We don’t have experience with losing the infrastructure in a country with 300 million people, most of whom don’t live in a way that provides for their own food and other needs. We can go back to an era when people did live like that.  That would be—10 percent would be 30 million people, and that is probably the range where we could survive as a basically rural economy.

“The critical national infrastructure in the United States faces a present and continuing existential threat from combined-arms warfare, including cyber and manmade electromagnetic pulse (EMP) attack, as well as from natural EMP from a solar superstorm…Within the last decade, newly armed adversaries, including North Korea, have been developing the capability and threatening to carry out an EMP attack against the United States.  Such an attack would give countries that have only a small number of nuclear weapons the ability to cause widespread, long-lasting damage to critical national infrastructures, to the United States itself as a viable country, and to the survival of a majority of its population.”

“A long-term outage owing to EMP could disable most critical supply chains, leaving the U.S. population living in conditions similar to centuries past, prior to the advent of electric power.  In the 1800s, the U.S. population was less than 60 million, and those people had many skills and assets necessary for survival without today’s infrastructure.  An extended blackout today could result in the death of a large fraction of the American people through the effects of societal collapse, disease, and starvation.”

“Solar superstorms, like the 1859 Carrington Event, generate natural EMP that could blackout electric grids and other life-sustaining critical infrastructures over remarkably wide areas, putting at risk the lives of many millions.”

The most important message of 2004, 2008, and 2017 EMP Commission reports is that: “The current vulnerability of U.S. critical infrastructures can both invite and reward attack if not corrected; however, correction is feasible and well within the Nation’s means and resources to accomplish.”

We are very close to having five career DHS and DOE bureaucrats decide for 330 million Americans that the U.S. should not be protected against the real EMP threat.  Frighteningly reminiscent of the bureaucratic politics that left New Orleans unprepared for a Category 5 Hurricane Katrina, because such was considered highly unlikely or impossible.

Those too naive to understand the real EMP threat should at least be guided by the time-proven adages: "Better safe than sorry" and "Hope for the best, but prepare for the worst."

Dr. William R. Graham served as Chairman of the Congressional EMP Commission, President Reagan’s Science Advisor, ran NASA, and on the defense science team that discovered the EMP phenomenon and developed protective measures.  Ambassador R. James Woolsey was Director of Central Intelligence.  Dr. Peter Vincent Pry served as chief of staff of the EMP Commission and on the staffs of the Strategic Posture Commission, House Armed Services Committee, and CIA. This first appeared in RealClearDefense here.