Mini Glock Gun: Why the Glock 42 Is One Dangerous Weapon 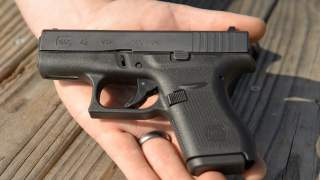