Mistake: Why the Navy's Littoral Combat Ship Should Never Have Been Built 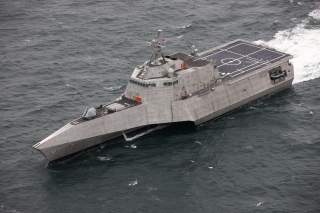 It took the Navy nearly two decades to realize the LCS program had failed. The sailing branch in 2014 cut LCS acquisition from 55 ships to 32. Congress eventually added three vessels, boosting the class to 35 ships. In place of the 20 canceled LCSs, the Navy plans to buy 20 new missile frigates.