Montana: Come Aboard the Navy's Last Battleship (It Died on the Drawing Board) 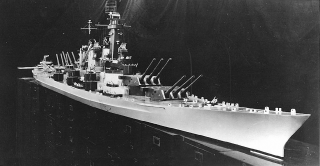 Nevertheless, the Montanas would have been the favorites in any scrum; they could throw more weight, hit harder, and hit more accurately than any of the competitors.