Is Moscow's Thirst for Great Power Status a Self-Fulfilling Prophecy? 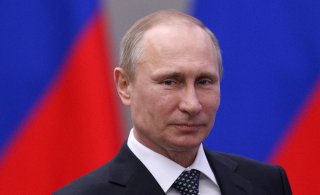 Throughout history, those states that were recognized as commanding the greatest influence in the international system were labeled as “great powers”. While the real origins of this concept are debated, it was formalized in Europe after the Napoleonic Wars, and a multipolar structure lasted until the end of World War II. A largely bipolar system then emerged between the only two states still able to claim large-scale influence in the world, the United States and the Soviet Union, and the extreme difference in power projection capabilities between them and the rest of the world led to the emergence of the concept of the “superpower” as a way to further distinguish them from traditional great powers.

After the Soviet Union collapsed, the United States was able to maintain a position of relative hegemonic unipolarity for about a quarter of a century. However, the annexation of Crimea in 2014, increasingly contentious relations with China, and the U.S. response to these developments indicate that we have entered an era of renewed multipolar great power competition. While the term “superpower” was always vague in its definition, the United States certainly retains a level of influence that supersedes any potential rivals. China’s extensive military and economic assets, as well as its political culture, render it the world’s next most powerful state.

Russia’s position in the post-2014 world remains inconclusive. Although usually seen as behind both the United States and China in global standing, Russia boasts one of the world’s largest and most capable militaries and spends enormous resources on the development of power projection capabilities ranging from nuclear, hypersonic, space, information, and cyber operations. Perhaps akin to a contemporary version of Prussia, the state maintains this while plagued by a critically small economy. While the Soviet Union also suffered from this, usually producing never more than half of the American economy per year, Russia has maintained an average of less than ten percent of the U.S. GDP over the last five years. While base economic resources are only part of the equation for great power status, this is nonetheless an extreme gap. The Russian position is inversely mirrored by that of the European Union. Moscow’s tight budget often serves as the prime argument for those with an economic focus to point towards the European Union as the real third great power behind the United States and China, as Europeans can largely stand as equals with the Americans and Chinese in the global economy. However, just as Russia’s economy fails to match its military, the same can be said regarding the martial competence of the European Union compared to its economic standing. The EU commands almost no hard power capabilities as an institution. Despite this, Russian literature on its position in the world system frequently describes both Russia and the EU as comparable great powers, often on the same playing field as the United States and China. This assertion, reflected by both political and intellectual elites, is a testament to the asymmetrical ways in which understandings of great power status can manifest.

This complexity is interesting to look at by base assets alone, but the will of a country's political elite and public to pursue influence constitutes another important metric of power, especially in the context of Russia. After 1991, Russia’s place in the international order and its relationship with the West were hotly debated. While Westernizers were initially favored in many respects, economic turmoil, the introduction of socially liberal values, and NATO expansion ultimately discredited those who sought integration into the Western world. Russia’s identity as a unique and sovereign great power, something that has roots extending from Peter the Great, the Napoleonic Wars, and most saliently in the Soviet Union, began to re-emerge and dominate influential circles. While relations with the West began to stall throughout the 2000s and 2010s, by 2014 it became clear that Moscow was willing to assert itself militarily within the former Soviet space in opposition to Western institutions like the EU and NATO.

Russia’s regional engagement is important to note, as regional spheres of influence are a staple in claims to great power-hood. Observers with realist leanings occasionally argue that the European Union has effectively also established this, despite its self-conception as an institution beyond power politics. This is especially salient in Russia’s perspective of the EU’s Eastern Partnership program, which aims to strengthen relations between Brussels and several former Soviet republics. The influence of Western institutions in the region has been a major concern for Moscow and a reason for the plethora of frozen conflicts in the area. While wars with Russia, or Russian-backed groups, and the establishment of rump states along the border has led many neighboring populations to look on Moscow with disdain and often solidified a commitment to the West, from a geopolitical perspective Moscow’s actions may have also solidified a sphere of influence. Although Moldova, Georgia, and Ukraine remain sovereign states with negative views of Russia, it is unlikely that any will be accepted into either the European Union or NATO due to a demonstrated interest toward them by Moscow. The European Union and NATO expressively defend the right of independent state sovereignty, but also understand regional power politics and are quite hesitant to provoke Russia by greatly expanding into this sensitive region, which is therefore giving Moscow a de facto hold over the area’s future. This goes without mentioning Russia’s relatively successful regional integration networks with friendlier post-Soviet states, namely the Eurasian Economic Union, which may constitute a more traditional understanding of a sphere of influence.

This leads to what is likely the most important factor in understanding great power status, which is that great powers appear to recognize each other in the international system. States like Brazil and Iran have failed to be recognized by the United States, China, and others as ranking amongst the most influential sovereign actors. In this regard, Russia has had a mixed experience, especially during the 1990s and 2000s. President Obama notoriously referred to Russia as a mere “regional power” after its actions toward Ukraine in 2014, and the country has no shortage of comments about its stagnant economy. Nevertheless, Russia has been able to maintain a level of international standing resemblant of a great power. Moscow is a hardliner on the structure of the United Nations precisely due to its position as one of the five permanent members of the Security Council, often used as a reference point for the current great powers. Russia was also invited to the G7, turning it into the G8 from 1997-2014, a grouping commonly seen to represent the most powerful states of the Western and developed world. Similarly, Moscow was an important actor in the development of BRICS (Brazil, Russia, India, China, and South Africa), seen in its prime as a grouping of the most powerful non-Western states. Russia was further represented in negotiations for the Joint Comprehensive Plan of Action (JCPOA) towards an Iranian nuclear deal in 2015, which were limited to only the five permanent members of the UN Security Council, Germany, and the European Union. While it is difficult to say if Russia has precisely the same capacity to influence the world as the United States and China, it does seem to be recognized by these states as worthy to sit alongside them in exclusive global decision-making processes. This may also outline an important reason why Moscow and Beijing have been happy to form closer ties in recent years. While Russia is pulled towards China for economic reasons, China seems to view Russia as the friendliest state with "high status" in the international community. Whether it objectively deserves to stand among these other states or not, Russia certainly recognizes the drastically increased level of influence it gains by being able to assert the image of a great power. The fact that Russia demands to be treated as a great power also seems to encourage the proliferation of this image among the international community, advancing a cycle in which belief becomes reality. This is ever more apparent after the Putin-Biden summit in Geneva this year, in which President Biden bluntly backtracked from Obama’s position and stated publicly that both the United States and Russia were “great powers.” If power is defined by one’s influence on the actions carried out by others, then having the most powerful state in the world to proclaim you an equal is certainly powerful.

It is perhaps through this domain, the will to power’s synthesis with the influence of international recognition, that Russia finds its most salient argument for consideration as a great power.

Sven Etienne Peterson is a graduate student of Central and Eastern European, Russian, and Eurasian Studies at the University of Glasgow, University of Tartu, and the National University of Kyiv-Mohyla Academy.