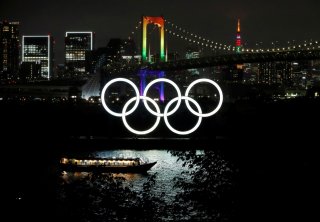 “The politicization of sports will damage the spirit of the Olympic Charter and the interests of athletes from all countries,” a Chinese Foreign Ministry spokesman said recently about calls for the United States and other nations to boycott the 2022 Winter Olympics in Beijing over China’s human-rights abuses.

That’s a bit rich because, frankly, the Olympics are inherently political. Especially at times of global tension, the big powers and their allies compete for medals not just to showcase their athletes but to promote the political and economic systems under which they have trained. That was true in the 1930s, as the democracies competed against the fascist powers, and it was true during the Cold War, as the United States and its allies competed against the Soviet Union and its satellites.

Moreover, the international community and individual countries have restricted participation in the games for political reasons on numerous occasions. Germany and Japan, for instance, were not invited to the 1948 games due to their roles in World War II; South Africa was banned from 1964 all the way until 1992 over apartheid; Rhodesia was banned in 1972 amid controversy over its racist policies; Taiwan boycotted in 1980 after the International Olympic Committee (IOC) declared that mainland China would compete as “China” and asked Taiwan to compete as “Chinese Taipei.”

The “politicization” rises exponentially when a nation of sizable power and untoward practice plays host, as Hitler’s Germany did in 1936 and China is slated to do next February. At a time when Beijing is flexing its muscles in Asia and beyond while abusing human rights in ever-more brazen fashion, President Xi Jinping and his Communist Party surely will create a spectacle of self-congratulation from the opening ceremony onward, all to promote the wonders of China’s authoritarian system.

The question for the United States, of course, is whether it should conduct business as usual—whether its athletes should compete in Beijing, its businesses should sponsor, and its officials should attend—and, in this way, provide an implicit seal of approval for giving an odious regime its day in the sun.

Beijing is holding at least a million Muslim Uighurs in concentration camps in the Xinjiang region and—along with other forms of torture that the Trump and Biden administrations labeled as “genocide”—is conducting a campaign of mass sterilization, coerced birth control, and punishment for “illegal births.”

More broadly, the regime is tightening its control of the media, internet, and other vehicles of communication; continuing to persecute the Falun Gong and other minorities while suppressing human rights in Tibet and Inner Mongolia; attacking activists, dissidents, journalists, and defense lawyers; destroying churches and other religious institutions; and curtailing freedom in a once-democratic Hong Kong.

Ideally, the IOC would move the games, even if that delayed their February start. Legally, the IOC could withdraw because, (1) due to China’s handling of coronavirus pandemic and reluctance to come clean about it, Beijing isn’t necessarily safe for athletes, or (2) due to China’s human-rights abuses, it is violating the Olympic Charter. With the IOC reluctant to confront China on such grounds, that almost certainly won’t happen.

In another high-profile option, more than 180 human-rights groups urged a boycott just as America boycotted the Moscow games in 1980 after the Soviets invaded Afghanistan. That, however, carries the unfortunate consequence of punishing the United States and other athletes who have trained for the games for years, often at great personal sacrifice.

To thread the needle, the United States should let its athletes compete but do nothing more that would promote Beijing’s self-congratulatory spectacle and, by extension, legitimize its human rights abuses. Top U.S. officials should not attend the games, nor should our largest companies sponsor them.

In recent days, House Speaker Nancy Pelosi called for a U.S. “diplomatic boycott”—echoing a call in March by Sen. Mitt Romney (R-Utah) and subsequent calls by lawmakers of both parties—and she urged leaders of other nations to follow suit by not attending, so as not to “honor the Chinese government.”

Unfortunately, Pelosi and like-minded lawmakers face an uphill struggle. Already battling Beijing on a host of diplomatic, economic, and other matters, the Administration seems reluctant to open a new front. Nor do America’s corporate sponsors, which include Airbnb, Coca-Cola, and Visa, seem likely to reverse course and shun what former Secretary of State Mike Pompeo termed the “Genocide Olympics.”

These games, however, offer an opportunity for U.S. national unity at a time when the country could really use one—a moment when, together, America’s public and private sectors can make a powerful statement on human rights.

Here’s hoping it seizes that moment.