Move Aside, Kursk—Was This Really History's Largest Tank Battle Ever? 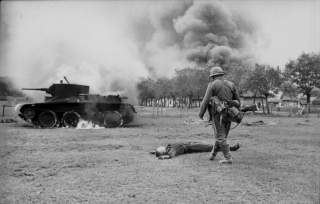 Key Point: The battle which developed and then concluded on June 30 was a confusing morass that swallowed 2,648 Soviet tanks out of a total force of 5,000 versus some 1,000 German tanks.

This piece was originally featured in March 2017. It is being republished due to reader interest.