Mueller’s Testimony Today: What You Should Expect 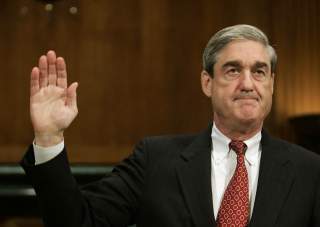 In the 26 months since his investigation into Russian meddling in the 2016 election began, Robert Mueller has spoken publicly for less than 10 minutes. That changes Wednesday, when the former special counsel appears for five hours of testimony before two congressional committees.

Here’s what you need to know ahead of one of the most highly anticipated congressional hearings in decades.

WHEN: The Judiciary Committee hearing starts Wednesday at 8:30 a.m. and is expected to last three hours. The intelligence panel will grill Mueller for around two hours later in the day.

WHAT: Mueller will discuss his 448-page report of the Russia probe, which the special counsel’s office provided to the Justice Department on March 22. A lightly redacted version of the report was released April 18.

HOW: Mueller has made clear he did not want to testify before Congress. In a 10-minute press conference May 29, he said he considered his report to be his testimony. Attorney General William Barr has also said he believes it is unnecessary for Mueller to testify publicly.

Nadler and Schiff subpoenaed Mueller on June 25 to force him to appear.

Democrats and Republicans have lowered expectations for the hearing, signaling they do not believe the former FBI director will stray far beyond the public version of his report.

The Justice Department also tamped down expectations Monday in a letter to Mueller. In response to a request for guidance from Mueller, a Justice Department official said the testimony must stay “within the boundaries” of the public version of the report. Mueller was advised not to discuss grand jury information or topics that are protected by executive privilege.

But while Mueller is expected to adhere to that advice, he could provide more detail about the conclusions of the investigation.

On the matter of collusion with Russia, Mueller’s report said prosecutors were unable to establish that the Trump campaign conspired with the Russian government to influence the 2016 election. But his report did lay out dozens of contacts between Trump associates and Russians during and after the campaign that Democrats have said are evidence of “collusion,” a non-legal term. If Mueller says he did find evidence of collusion, if not a conspiracy, Democrats will chalk that up as a win.

Democrats’ “home run” scenario is that Mueller provides enough fuel to mount an impeachment campaign against Trump. To achieve that goal, Democrats hope Mueller will testify that he would have indicted Trump on obstruction charges if he were not president. Mueller declined to indict or recommend charges against Trump on obstruction, but also did not exonerate the Republican.

WHAT THEY ARE SAYING:

“We think we’re in a fairly good place,” one Republican staffer told the Daily Caller News Foundation ahead of the hearing.

Republican lawmakers spent early July preparing for the hearings by studying up on questions each member is tasked with asking.

Republicans plan to question the premise of the FBI investigation that preceded Mueller’s appointment May 17, 2017. They also plan to bring up former British spy Christopher Steele’s dossier, which the FBI used to obtain wiretap warrants against former Trump campaign adviser Carter Page.

Republicans are likely to press Mueller over how big a role the dossier played in the investigation of the Trump campaign, and how the FBI and special counsel’s team investigated the salacious document.

Mueller’s report only mentions the dossier 14 times, and does not dive deep into the document’s claims. But the report does broadly undercut some of Steele’s core allegations, such as that the Trump campaign engaged in a “well-developed conspiracy of co-operation” with the Russian government.

The report also undercut the dossier’s claim that former Trump lawyer Michael Cohen visited Prague in August 2016 to meet with Russians to discuss paying off hackers. The report quoted Cohen’s denial that he’s ever visited Prague.

One question will be when Mueller determined it was unlikely that the Trump campaign conspired with Russia. Some of the Republicans who will quiz Mueller have said they believe Mueller realized a conspiracy did not occur as early as late 2017.

Peter Strzok, who served as deputy chief of the FBI’s counterintelligence division, will also be an area of focus. Strzok opened the FBI’s investigation, dubbed Crossfire Hurricane, on July 31, 2016, based on a tip from the Australian government regarding George Papadopoulos.

Strzok and Lisa Page, an FBI attorney, were heavily critical of Trump in the text messages. They also remarked on developments in the case. In one candid exchange, Strzok weighed whether to join Mueller’s team out of concern that “there’s no big there there” on the issue of collusion.

Strzok was removed from Mueller’s team in late July 2017 after his texts were discovered.

Mueller can also expect questions about the lead-up to the FBI’s decision to open Crossfire Hurricane. While former FBI officials have cited July 31, 2016, as the start date, there is evidence the FBI was looking at Trump associates much earlier than that. An FBI informant, Stefan Halper, established contact with Carter Page on July 10, 2016, during a political conference held at the University of Cambridge.

As for Democrats, they plan to use Mueller’s own words to bring his report to life.

Democrats have asserted the American public is largely unfamiliar with Mueller’s report, and they’ve accused Trump and Barr of distorting the report. Democrats’ hope is that if Mueller provides pithy summaries laying out some of the more damning evidence against Trump, they can sway public opinion, possible toward more support for impeachment.