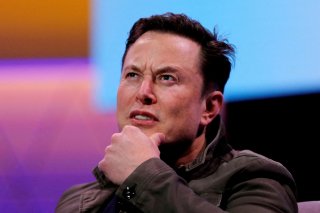 Elon Musk, who reached an agreement last month to purchase Twitter, has made noises lately that the deal is “on hold,” as he said in a tweet last Friday. At issue was his request for “details supporting calculation that spam/fake accounts do indeed represent less than 5% of users,” citing a Reuters story from the week before.

Although Musk had said that he was still “committed” to the deal, he went further in another tweet early Tuesday.

Replying to a tweet from Tesla-focused site Teslarati that Musk was looking for a better deal from Twitter, Musk stated that “My offer was based on Twitter’s SEC filings being accurate. Yesterday, Twitter’s CEO publicly refused to show proof of <5%.This deal cannot move forward until he does.”

It's another instance of Musk making potentially market-moving news on Twitter, specifically in the replies to the tweets of another user.

Also Tuesday morning, Twitter announced that it had released its preliminary proxy statement for the deal, which stated that “Twitter is committed to completing the transaction on the agreed price and terms as promptly as practicable.”

Experts believe that Musk is trying to push for a deal to purchase Twitter at a lower price than what was agreed to previously. Musk had waived due diligence when the deal was first announced.

“Our view is the massive pressure on Tesla's stock since the deal, a changing stock market/risk environment the last month, and a number of other financing factors (equity financing) has caused Musk to get ‘cold feet’ on the Twitter deal with the bot issue not a new issue and likely more of a scapegoat to push for a lower price,” analyst Daniel Ives of Wedbush Securities wrote Tuesday in a note to clients.

“The stark reality for Twitter is that no other strategic/financial bidder will come near this deal and Musk knows that; which is why in a changing market and with Tesla losing ~$300 billion of market cap since the deal we view the $44 billion Twitter deal as having less than a 50% to get done as of today,” Ives added.

In his Bloomberg News newsletter, Money Stuff, Matthew Levine wrote that “temporarily on hold” is “not a relevant category for a deal with a signed merger agreement: Musk has committed to buy Twitter and Twitter has committed to sell to him … There is no reason to think that Musk can get out of the deal, or even delay it.”

Levine also noted that Twitter has included language about false or spam accounts representing 5 percent of users in its filings for at least eight years.