"My Children Went to Public Schools": Is Warren Telling the Truth? 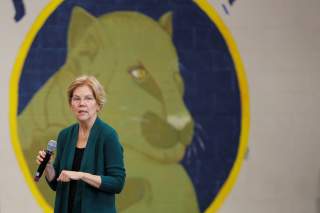 Democratic presidential candidate Sen. Elizabeth Warren denied sending her children to private schools, despite the fact that she sent her son to an elite private school.

When school choice activists confronted her after a campaign rally Thursday, Warren said her children didn’t go to private schools.

Holy shit. I have Warren on video lying about where she sent her kids to school.

Sarah Carpenter: "I read that your children went to private schools"

Warren: "No my children went to public schools" pic.twitter.com/PEHr3jNvjx

But publicly available records show Warren, who has pledged to crack down on school choice if elected, chose to send her son Alexander to Kirby Hall, an elite private school in the Austin area, as the Daily Caller News Foundation previously reported. Kirby Hall’s 1987 yearbook lists Alexander Warren among the school’s fifth-graders.

Alexander, like most fifth-graders that year, turned 11 in 1987, public records accessed through the research service LexisNexis show. That coincided with Warren’s final year teaching at the University of Texas at Austin, which is located a short drive from the elite private school.

Warren’s campaign told the Washington Free Beacon on Friday that despite the senator’s denial, she did in fact send her son to private school.

The group of parent activists interrupted a Warren campaign rally in Atlanta on Thursday with chants of “Our children, our choice!” and “We want to be heard!”

A group wearing “powerful parent network” shirts, a group who opposes Warren’s stance on charter schools started chanting “our children our choice” and “we want to be heard!” during the start of Warren’s speech. pic.twitter.com/IOrysOTDgb