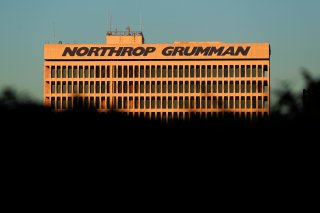 Nearly exactly one year ago, a photo emerged of the RQ-180, an unmanned aircraft said to be in development by Northrop Grumman.

That photo was taken at the Military Operating Area around Edwards Air Force Base in California, according to Aviation Week. Now, The War Zone has reported that what appears to be the same aircraft has been spotted over Area 51 in Nevada. The same website had reported in September that a similar aircraft was spotted above the Phillippines.

The Area 51 citing was actually by Joerg Arnu of the DreamlandResort website, according to The War Zone. He speculated that the aircraft was operating out of Edwards Air Force Base.

“A friend who wishes to remain anonymous and I were at the Groom Lake Road gate yesterday,” Arnu wrote. “I heard a faint aircraft noise and noticed a contrail straight above us, inside the Area 51 restricted airspace, heading roughly SSW. Through my IS [image stabilized] binoculars, I first thought I was looking at a B-2 until I realized it had a POINTED tail. The B-2 has a serrated tail. My friend took the enclosed photo (two enhanced versions superimposed). It is clearly a twin-engine aircraft.”

The War Zone pointed out some things that all of the aircraft reports have had in common.

“In all three cases, the drone was flying during the daytime, which may seem odd for an asset that is still so secretive,” according to The War Zone. “Then again, we are talking about an aircraft that can fly for dozens of hours, so it won’t really have a choice with regard to flying during the day or not, but mission planning can help alleviate some risk in that regard.”

Area 51 is an Air Force facility located in southern Nevada. While it’s associated in the popular imagination with UFO-related conspiracies, the facility is believed to be used as an air training facility. It wasn’t until 2013 that the government officially acknowledged the existence of Area 51.