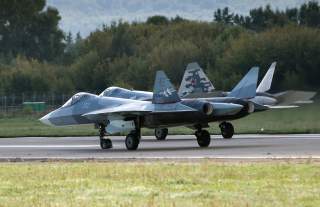 The aircraft will also be equipped with directed energy weapons—and fly as part of a swarm of drones. Indeed, while two aircraft in a flight might be manned, there might be 20 to 30 unmanned aircraft accompanying those jets.​

(This first appeared back in 2017 and is being republished due to reader interest.)