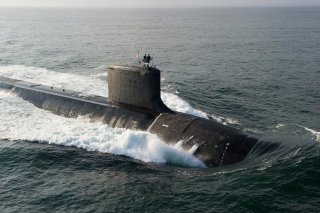 Leadership within the U.S. Navy and members of Congress continue to advocate for additional Virginia-class attack submarine production in coming years to help offset an anticipated deficit when more Los Angeles submarines retire.

Demand from combatant commanders for submarines has exceeded the available number of boats for several years. This is one factor that has led the Navy to advocate for faster construction of new Virginia-class submarines and analyze options to expand the industrial base capacity to accommodate an accelerated procurement.

The Navy’s 2023 budget requests reflect this urgency. It requests $541 million to invest in the submarine industrial base. This would allow the Navy and its industry partners to train and retain the workforce needed to sustain construction and innovation. The investment will also support large-scale increases in supply chain capacity, strategic outsourcing to more vendors, and the core shipbuilding infrastructure itself, Rear Adm. John Gumbleton, Deputy Assistant Secretary of the Navy for Budget, told reporters according to a Pentagon transcript.

Expanding infrastructure can help enable the Navy to pursue its longstanding ambition of building three Virginia-class submarines per year without compromising the development and manufacturing of the Columbia-class ballistic missile submarines. Multiple assessments of the defense industrial base in recent years have shown that it is possible for industry to “flex” its production and development capacity to substantially increase Virginia-class procurement.

The Navy 2023 budget requests $6.6 billion for two Block V Virginia-class attack submarines.  The Block V Virginias include an eighty-foot midsection added to support twenty-eight additional vertical-launch missile tubes. Called the Virginia Payload Modules (VPM), the extra section being built into Block V brings the Tomahawk fire-power capacity from twelve missiles up to forty. The VPMs are designed to help compensate for the loss in firepower associated with the expected retirement of four Ohio-class submarines that carry non-nuclear missiles.