The Navy Needs Diesel Submarines. Here's Why It Matters. 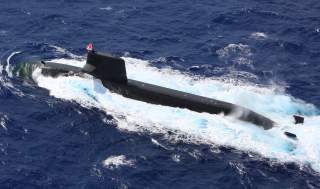