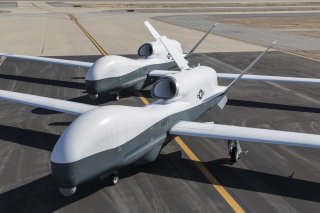 Meeting this persistent demand for higher quality assets requires massively accelerated developmental timelines fueled by near-term integration between highly effective new technologies and pressing operational needs. Combatant commanders are also seeking intelligence, reconnaissance and surveillance (ISR) assets capable of blanketing thousands of miles of high-threat ocean, coastal and island areas across the Pacific region. The Defense Department has expressed interest in how new cameras, long-range targeting sensors, software updates and computer-processing advancements can be merged with existing systems, which need to be improved upon. The Defense Department and its various research entities are working with the defense industry to better integrate the department’s internal scientific innovations with commercial sector developments. This is how the U.S. military intends to stay in front of Chinese technological development.

“The Chinese president ensures that every innovation that happens in the private sector is connected to its military,” Air Force Chief Scientist Victoria Coleman recently told the Mitchell Institute for Aerospace Studies. “For us, it is a struggle and we need to be mindful and bridge that gap. What we struggle with is translating our innovations into fieldable technology.”

It is upon this basis that Northrop Grumman is working intensely to bring new targeting and sensor innovations to high-altitude, long-endurance drones such as the Navy’s MQ-4C Triton. These unmanned aircraft are able to linger with increased dwell time over high threat target areas at high altitudes, making them less vulnerable to enemy fire or detection. However, the demand or need for more ISR to cover seemingly limitless areas of operation such as the Pacific region is truly insatiable, coupled with a need for extremely fast integration into existing systems. To expedite this process, Northrop Grumman purchased a Gulfstream IV aircraft to function as an experimental testbed with which to assess and then ultimately integrate impactful new innovations in the realm of sensing and targeting. The larger platform affords a crucial ability to test the validity and functionality of new technologies and leverage the most promising near-term systems for operational use, according to Northrop Grumman developers.

Northrop Grumman engineers have added to the Gulfstream IV twinjet aircraft a radar, an electro-optical/infrared camera on its nose, and outfitted it advanced artificial intelligence system. This will allow it to conduct a wider variety of missions.

“We installed all of the computing and sensing elements of a real Triton into a manned Gulfstream IV,” Scott Kennedy, Northrop Grumman’s advanced development director, told the National Interest. “We also added a ground station which yields a self-contained Triton system within the aircraft that we can quickly deploy to customer sites.”