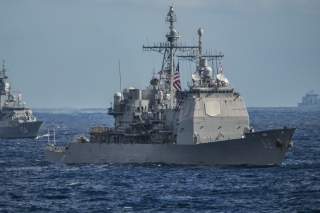 Frigates are relatively small, light, and fast surface warships that protect the powerful capital ships, and provide escort protection and help with command and control for lightly armed naval surface warships, as well as to commercial or military merchant ships.

FFG(X) describes a future class of multi-mission guided-missile frigates for the U.S. Navy, to be contracted from 2020 as a follow-on to the modular Littoral Combat Ship. The FFG(X) was announced two years ago. Navy experts have selected five shipbuilders to evolve their designs into a prospective design for the proposed 20 FFG(X) guided-missile frigates.

Frigates play a crucial role of keeping naval battle groups together, intact, and functioning in the face of the enemy. They screen ships from aircraft and submarine attack, and can act as advance scouts to determine what's beyond the battle group's horizon.

For the FFG(X), however, Lockheed Martin will base its Frigate Combat Management System (CMS) on the company's COMBATSS-21 ship combat management system, which is aboard the Freedom-class littoral combat ships.

Lockheed Martin will do the work in Moorestown, N.J., and should be finished by September 2021. For more information contact Lockheed Martin Rotary and Mission Systems online at www.lockheedmartin.com, or Naval Sea Systems Command at www.navsea.navy.mil.