The Navy's Future Lies In Robotic Submarines And Drones 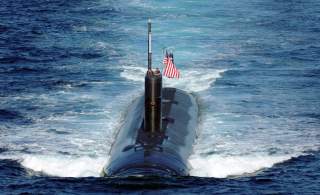 Key point: The construction strategy for the Orca and other drones is to engineer a new “upgradeable,” multi-mission drone able to quickly integrate new technology and payloads as they emerge.