The Navy's New LRASM Missile Is A Direct Challenge To China 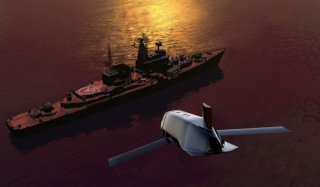 Here's What You Need To Remember: As China rapidly enlarges its navy with cost-efficient, hard-hitting and far-reaching warships, the U.S. Navy will be compelled to upgrade its neglected surface-warfare capabilities to defend its primacy.