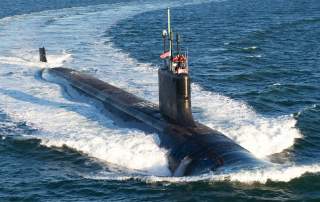 Many details of the new weapon, which include newer propulsion mechanisms and multiple kinds of warheads, are secret and not publically available. However, senior Navy leaders have previously talked to Scout Warrior about the development of the weapon in a general sense.

Upgrades to the guidance control section in includes the integration of a system called Common Broadband Advanced Sonar System, or CBASS – electronics to go into the nose of the weapon as part of the guidance section, Lockheed developers explained.

This technology provides streamlined targeting and allows the torpedo to transmit and receive over a wider frequency band, Lockheed engineers said.

The new technology involves adjustments to the electronic circuitry in order to make the acoustic signals that are received from the system that allow the torpedo to better operate in its undersea environment.

Lockheed will deliver about 250 torpedoes over the next five years. The Mk 48, which is a heavy weapon launched under the surface, is quite different than surface launched, lightweight Mk 54 torpedo fired from helicopters, aircraft and surface ships.

The Navy’s Mk 48 torpedo is also in service with Australia, Canada, Brazil and The Netherlands.

This article was originally published in 2017.