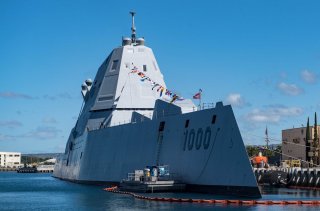 Key point: The Zumwalt is supposed to be the future of high-tech naval warfare.