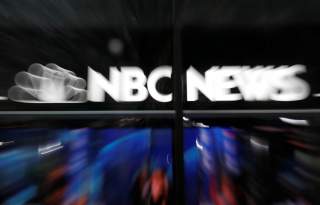 Employees of NBC News’s digital editorial division plan to form a union to represent around 150 workers, they announced Wednesday.

The outlet has come under fire following investigative journalist Ronan Farrow’s book titled “Catch and Kill: Lies, Spies and a Conspiracy to Protect Predators” released on Oct. 15. He accused the network of covering up his story about sexual assault allegations against now-disgraced movie mogul Harvey Weinstein, alleging that Weinstein knew about sexual assault accusations against former NBC host Matt Lauer and used that against it.

“Forming a union will afford us a collective voice in decisions that will benefit the entire company, providing much-needed transparency and ensuring a safer workplace,” a letter from the digital employees to NBC management reads according to The New York Times.

Unionizing will also allow the employees to publicly criticize NBC News executives without worrying about retaliation and give them the opportunity to fight for better job protection, The NYT reported.

“It’s been painful for a lot of people to see headlines and feel like they don’t have the space to talk about what’s going on in their own workplace,” Nigel Chiwaya, a data journalist helping to organize the campaign, added.

We’re excited to announce that the staff of @NBCNews Digital has formed a union with @nyguild. Through the #NBCGuild, we now have a seat at the table and a protected voice. https://t.co/YQ7pH7c2Tn

Chris Berend, the executive vice president of digital at NBC, responded in a memo to staffers Wednesday and wrote that the network is “deeply committed to a fair and healthy workplace for all our employees.”

“Earlier today, some of our colleagues requested that the company voluntarily recognize the NewsGuild for a portion of the staff within NBC News Digital,” Berend said in the memo NBC News sent to the Daily Caller News Foundation. “As we all know, similar discussions have taken place across many digital newsrooms over the past few years.”

“We welcome this dialogue from within our digital organization, and any constructive conversation aimed at building the future of NBC News Digital and ensuring that we’re the best we can be,” he said.

NBC began to talk about workplace problems after the company fired Lauer in 2017, and many had the same concerns, leaders of the union campaign said according to The NYT. An anonymous spreadsheet circled around the network revealed that there were pay disparities between white men, people of color and women who performed similar jobs. NBC News told digital employees that diversity isn’t a problem.

The division is forming a union with the NewsGuild of New York, a union for media professionals.