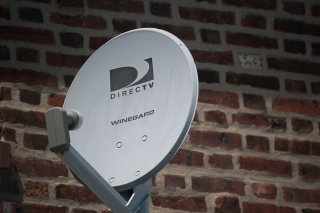 The nation’s leading cable and other pay-TV operators have been steadily losing subscribers for the last few years, in a phenomenon known as cord-cutting. However, at the same time the companies have been adding new broadband subscribers at an impression rate.

Now, a new report puts that number of net new subscribers to broadband at just under 3 million.

According to a report by Leichtman Research Group, Inc. that was issued Monday morning, the major pay-TV companies added “about 2,950,000 net additional broadband Internet subscribers” in 2021. The numbers, for the most part, came from the individual companies’ earnings releases, although in some cases they are estimates.

On the cable side, Comcast added 1.3 million net broadband subscribers in 2021 while Charter added 1.2 million, giving the two leading companies subscriber totals of 31.9 million and 30.1 million, respectively. Cox gained 150,000 broadband subscribers over the course of the year, while Altice lost 3,400 subscribers. Every other cable company listed, including Mediacom, Cable One, Breezeline/Atlantic Broadband, and WideOpenWest, posted gains.

As for phone companies, AT&T gained 120,000 broadband subscribers last year while Verizon added 236,000. CenturyLink/Lumen posted the biggest loss of any company listed, with 248,000, while Frontier lost 35,000, although Windstream, TDS, and Cincinnati Bell all posted gains.

“Broadband additions proved to be resilient in 2021 following 2020’s pandemic-related surge in subscribers,” Bruce Leichtman, president and principal analyst for Leichtman Research Group, Inc., said in the announcement Monday. “The top broadband providers added significantly fewer subscribers in 2021 than in 2020, but the net adds in 2021 were higher than in each year from 2016-2019.”

Leichtman releases a new report each quarter showing how many pay-TV subscribers each company has gained or lost, although the reports for the fourth quarter and full-year have not been released. The major providers lost about 650,000 subscribers in the third quarter of 2021, with DirecTV leading the way with 412,000 subscribers lost and Comcast losing a net 407,000 subscribers, the most of any cable provider during that quarter, in which every major cable, satellite, and telco provider posted losses.

However, the three vMVPD providers listed, Hulu + Live TV, Sling TV, and Fubo TV, all gained subscribers in the third quarter, with that sector adding a total of 679,884 subscribers in that quarter.