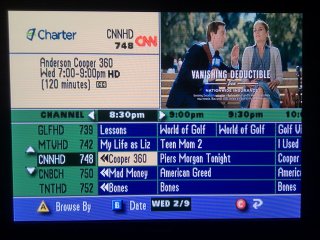 Throughout the last few years, cord-cutting has continued to accelerate, a trend that has only increased due to the coronavirus pandemic. America’s largest pay-TV companies, per an analysis published in mid-May lost 2 million subscribers in the first quarter, and most of the companies that had announced earnings for the second quarter, including Comcast, have reported more lost subscribers, usually by comparable numbers.

So many industry observers were surprised at the end of last week when Charter Communications, the nation’s second-largest cable provider… announced that it gained subscribers in the second quarter, for the first time in several quarters.

Charter, which owns the Spectrum cable brand, announced in its second-quarter earnings that it added 102,000 residential video customers in the quarter, after losing 150,000 the same time the year before. The company had lost 70,000 cable subscribers in the first quarter of 2020.

The company also added 842,000 residential Internet customers in the second quarter of this year. The report, per Bloomberg News, sent Charter’s stock to a record high. Analysts, according to that report, had expected Charter to lose 129,000 video customers in the quarter.

Overall, Charter reported $11.7 billion in revenue in the quarter, which exceeded analyst expectations.

How did Charter do it? Per a transcript of the company’s earnings call, it had a lot to do with Charter’s offer of free service following the start of the coronavirus pandemic, as many customers have stuck with the service and began paying for it.

“All those gross additions that came through, 90% of them are still with us, and the vast majority of them are paying and 50% of them altogether had actually taken additional products from us and were paying along the way,” Christopher L. Winfrey, Charter’s chief financial officer, said on the company’s earnings call, per a transcript.

"Our ability to grow our services this year for new and existing customers, is a testament to our operating strategy, the quality of our products and our significant investment in systems and people over the last several years,"  Tom Rutledge, CEO and Chairman of Charter Communications, Inc., said in the earnings announcement "We continue to perform in a difficult and disruptive environment, and all of us at Charter are proud of our work in serving the communities in which we operate.”