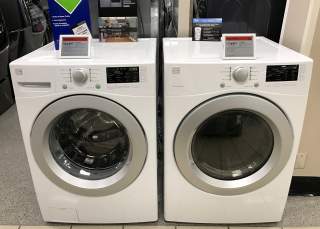 While tariffs are forcing American families to pay 12% more for their washing machines, 12 members of Congress from Ohio—from both sides of the political aisle—are urging President Donald Trump to maintain tariffs on washers.

These tariffs, which range from 20% to 50%, were imposed back in January 2018 after an investigation that determined the domestic washer industry was being injured by imports, when the primary domestic manufacturer affected was just one firm; namely, Whirlpool.

Since that decision, washer tariffs and additional duties on washing machine parts have resulted in minimal job creation for Whirlpool.

These tariffs are on top of the steel and aluminum tariffs imposed in 2018, both of which are vital inputs for washer manufacturing. Marc Bitzer, the company’s CEO, stated that “the net impact of all remedies and tariffs has turned into a headwind for us.”

Results from Whirlpool’s recent first-quarter statement show a significant decrease in units sold, from 8 million to 6 million, and a loss of about $500 million in revenues. That’s no doubt a reaction from American families to the increased prices.

Recent studies indicate that washing machine prices have increased $86 per unit since the tariffs were introduced. Despite having had no tariffs placed on them, commercial clothes dryers have increased in price by $92 per unit.

Instead of opting to raise prices significantly just on washers, companies have instead chosen to raise both washer and dryer prices, given that most people buy them together.

Therefore, businesses such as Whirlpool have chosen to pass on the high cost burden directly to American families. “There is just not enough margin in our business to just absorb it. So, we had to pass on that cost,” Bitzer conceded this year.

The American people have felt the full effect of the cost of these tariffs, roughly $1.5 billion in new taxes paid to the federal government.

Whirlpool—along with foreign manufacturers, such as Samsung and LG—have added a total of 1,800 jobs in the United States since then. Since Samsung and LG already had plans to add new jobs in America before the tariffs, it’s doubtful that those jobs were related to the tariffs at all.

In total, that means American families have paid more than $800,000 to create each new job. That’s not exactly a fair deal for the American people.

Tariffs have not made companies like Whirlpool more competitive to foreign rivals. Instead, the company is selling fewer products and growth is slow at best, thereby harming its employees, customers, and the economy as a whole.

American families should not be forced to continue to pay higher prices due to failed tariffs. Trump should remove the tariffs immediately.