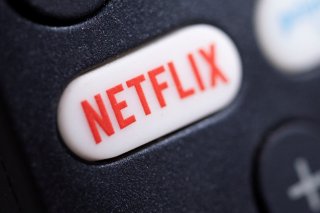 There’s more bad news for Netflix, which announced last month that it had lost subscribers in the first quarter of 2022, its first negative quarter in many years.  Now, Netflix has been sued by its own shareholders, who claim that the company misled them about the upcoming loss of subscribers.

According to Gizmodo, investors claim in the lawsuit that “Netflix had forecasted big increases in subscribers to the tune of 8.5 million during its quarterly investor showcase Oct. 19, 2021. In the following year, on Jan. 20, 2022, Netflix announced after markets closed that they had “slightly over-forecasted paid net adds in Q4,” that the actual numbers were closer to 8.3 million subscribers and that they only expected to add 2.5 million subscribers in the first quarter of the new year, lower than last year’s 4 million in the same quarter last year.”

Fiyyaz Pirani of Imperium Irrevocable Trust is the main named plaintiff in Pirani v. Netflix Inc et al.,  and the plaintiffs are claiming class-action status. “As a result of these materially false and/or misleading statements, and/or failures to disclose, Netflix’s securities traded at artificially inflated prices during the Class Period,” the complaint states, per The Hollywood Reporter. “Plaintiff and other members of the Class purchased or otherwise acquired Netflix’s securities relying upon the integrity of the market price of the Company’s securities and market information relating to Netflix, and have been damaged thereby.”

One of the reasons why Netflix said that it lost subscribers in the quarter was that password-sharing is becoming too much of a problem, with so many Netflix watchers doing so without having their own account. With Netflix hitting at instituting a small fee for allowing such sharing, a recent survey looks at whether customers will go along with paying that fee.

Aluma Insights this week released a survey asking customers about the password-sharing issue. The result was that if Netflix institutes such a policy in the United States, 13 percent of adult users said they would cancel their service, while 20 percent “would likely add at least one $3/month out-of-home user.” However, Michael Greeson, founder of Aluma Insights, said that he expects that less than half who say they would cancel actually will.

“Today, Netflix has few options left to grow domestic revenue. It has already leaned into price increases, all the while rejecting calls to introduce a less-expensive ad-supported tier or implement a more assertive authentication regiment,”  Greeson said. “Unfortunately, its longstanding tolerance—at times encouragement—of password sharing has created a permissive atmosphere in which 30% of its domestic users now borrow credentials from someone living elsewhere. Having shed 636,000 domestic subscribers in first-quarter 2022, the company is finally cracking down on ‘freeloading.’”