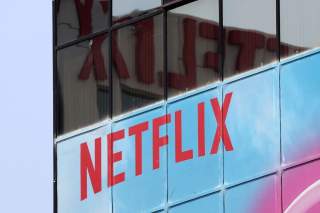 Netflix removed the graphic suicide scene from “13 Reasons Why,” a move that follows an April study showing a spike in teen suicides after the show was released.

Netflix announced in a statement Tuesday they will remove a graphic suicide scene in which actress Katherine Langford’s character, a teenager named Hannah, kills herself by slitting her wrist in a bathtub.

“We’ve heard from many young people that 13 Reasons Why encouraged them to start conversations about difficult issues like depression and suicide and get help — often for the first time,” Netflix said in a statement Tuesday.

“As we prepare to launch season three later this summer, we’ve been mindful about the ongoing debate around the show. So on the advice of medical experts, including Dr. Christine Moutier, chief medical officer at the American Foundation for Suicide Prevention, we’ve decided with creator Brian Yorkey and the producers to edit the scene in which Hannah takes her own life from season one.”

An update on 13 Reasons Why

If you or someone you know needs help finding crisis resources please visit https://t.co/cNtjtuNG1p pic.twitter.com/SxGjbYpZF6

“13 Reasons Why” first aired on Netflix in March of 2017 with singer Selena Gomez acting as executive producer.

The show follows teenager Clay Jensen, played by Dylan Minnette, as he tries to unravel why his friend and crush, Hannah, committed suicide.

Jensen does this using the cassette tapes that Baker leaves behind on his doorstep detailing the 13 reasons why she committed suicide.

A study published in the Journal of the American Academy of Child and Adolescent Psychiatry in April, two years after the show’s release, reveals that “13 Reasons Why” the number of deaths occurring in the month following the show’s release dramatically increased for young people aged 10 to 17.

Suicides were more prevalent in April 2017 for this age group than any other month in the five-year period surveyed, according to the National Institutes of Health.

Researchers found that this suicide increase was more dramatic for boy suicides, although the number of girl suicides also increased. No significant trends were found in suicide rates for persons 18 to 64 years of age.

A Netflix spokesperson told The Daily Caller News Foundation in April that they had just seen the study and were looking into the research, citing another University of Pennsylvania study that had conflicting results.

“This is a critically important topic and we have worked hard to ensure that we handle this sensitive issue responsibly,” the Netflix spokesman told the DCNF in April. Netflix did not have further comments when pressed on how they would handle the increased rate of suicides but referred the DCNF to parental guidelines for restricting what shows children watch on Netflix.

Netflix did not immediately respond when asked if the study on a spike in teen suicides was related to Netflix’s decision to remove the scene.

Show creator Brian Yorkey said in a statement posted to Twitter Tuesday that though the show portrays “ugly, painful reality of suicide in such graphic detail,” the purpose was to “tell the truth about the horror of such an act and make sure no one would ever wish to emulate it.”

“It was our hope, in making 13 Reasons Why into a television show, to tell a story that would help young viewers feel seen and heard and encourage empathy in all who viewed it, much as the best-selling book did before us,” Yorkey said.

“No one scene is more important than the life of the show and its message that we must take better care of each other,” Yorkey added. “We believe this edit will help the show do the most good for the most people while mitigating any risk for especially vulnerable young viewers.”

The three-minute long scene depicts Hannah “assessing her life in the mirror before she is depicted sitting in a bathtub, tear on her cheek, taking a razor blade to her left wrist and piercing the skin,” according to the Hollywood Reporter.

The publication reveals that Hannah is shown shrieking in pain and gasping for air as blood pours from the cut and her breathing slows. Hannah’s mother then finds her lifeless body in a bathtub full of blood.

The American Association of Suicidology, the American Foundation for Suicide Prevention, the American School Counselor Association, Dr. Helen Hsu of Stanford University, advocacy group Mental Health America, the Trevor Project and Dr. Rebecca Hedrick of Cedars-Sinai all participated in a joint statement expressing their support for removing the scene, according to the Hollywood Reporter.

“We support the decision to edit the scene in which Hannah takes her own life from 13 Reasons Why,” the joint statement said.

“There has been much debate about the series in the medical community. But this positive change will ensure that 13 Reasons Why continues to encourage open conversation about mental health and suicide prevention — while also mitigating the risk for the most vulnerable teenage viewers.”