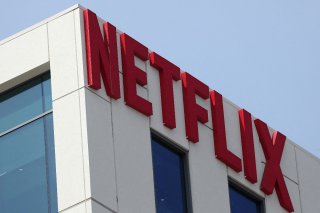 For many years, Netflix was open about how it didn’t especially mind if its subscribers shared passwords with others. The idea was that such sharing would encourage people to discover Netflix programming and perhaps later sign up for Netflix themselves.

However, that has begun to change as Netflix faces more competition and threats to its bottom line.

In early April, when the company announced that it lost subscribers in the first quarter of the year, password sharing was one of the factors the company attributed to its losses.

“In addition to our 222m paying households, we estimate that Netflix is being shared with over 100m additional households, including over 30m in the UCAN region,” the company said in its investor letter at the end of the first quarter. “Account sharing as a percentage of our paying membership hasn’t changed much over the years, but, coupled with the first factor, means it’s harder to grow membership in many markets - an issue that was obscured by our COVID growth.”

Even before that, Netflix had launched what it called “paid sharing” in three markets in Latin America, with indications that it would roll out something similar in other parts of the world before long. The rollout took place in Peru, Chile, and Costa Rica.

Now, a new report indicates that there have been hiccups in the initial launch of the password-sharing effort in Peru.

According to Rest of World, the rollout of the sharing program in that country has been plagued with trouble, including “widespread customer confusion and regulatory hurdles.”

The site “spoke to over a dozen Netflix consumers in Peru, many of whom say that more than two months after the policy was first announced, they have not received uniform messaging around the new charges nor do they seem to be subject to the same policies,” Rest of World said.

The answers to the site should be of some concern to Netflix.

“For some, the price increase has been enough to convince them to cancel their Netflix accounts outright. Others continue to share their accounts across households without any notification of the policy change or have ignored the new rule without facing enforcement,” Rest of World said. “Overall, the lack of clarity around how Netflix determines a ‘household’ and the differing charges levied on different customers have left subscribers in the trial confused, risking action from consumer regulators.”

Another told the site that while he shares his account with several family members with whom he does not live, he has not been informed of any change in policy.