The Neuroscience Behind Christmas Cheer 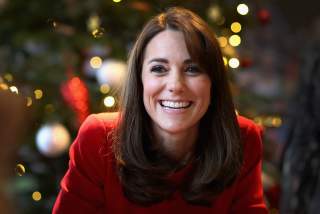 It is, for many of us, the most wonderful time of the year. “Christmas cheer” is that thing which is often referred to by those who believe December really is the season to be jolly. It’s that feeling of joy, warmth and nostalgia people feel when the jingle bells start jingling. But what is the science behind it?

Evidence of Christmas cheer inside the brain was found during a study run at the University of Denmark in 2015. Twenty people were shown images with either a Christmas or non-Christmas theme while having their brain monitored in a functional magnetic resonance imaging (fMRI) machine. The fMRI machine highlights parts of the brain when there is an increase or decrease in activity in that region. And when there was an increase of activity for this study, that region lit up like … well, a Christmas tree.

When the participants saw photographs of Christmas themed images, such as mince pies, a network of brain regions lit up, leading the researchers to conclude that they had found the hub of Christmas cheer inside the human brain. What the activation in brain regions actually meant, the researchers couldn’t say. One theory was that that network in the brain could be related to memories or spirituality. The scientific understanding of our internal experiences is changing and it now seems likely that Christmas cheer may be an emotion in itself.

What is an emotion?

Many scientists used to think that emotions were pre-programmed reactions, hardwired into human brains. According to the traditional view, when you see Christmas TV adverts, some dedicated part of you (a kind of “happiness circuit”) leaps into action to bring you Christmas cheer.

According to the traditional view, humans have a small set of core emotions, like fear and happiness. Each of these emotions has its own dedicated brain region which creates changes in physiology and behaviour – changes which are similar (if not the same) across different instances of the same emotion. For example, it was thought that the happiness you feel when you see a puppy would activate the same neural and physiological systems as the happiness you feel when you spend time with your friends. And so, when activated, the happiness circuit should light up in the fMRI machine. The traditional view feels intuitive. But, in the 100 years science has been studying emotion, scientists have never been able to find a specific happiness circuit or a circuit relating to any emotion.

When it comes to Christmas cheer, this is likely the reason why there was no specific neural path found in the fMRI data. Rather, the general network of neural activation associated with Christmas cheer points to a more nuanced understanding of emotions.

The contemporary view says that emotions are the brain summing up three sources of information to create an on-demand experience. The brain combines information about your physiological state, environment and personal experiences to form a subjective feeling inside you. According to the contemporary view, when you see Christmas TV adverts, you feel positive because you associate good things with Christmas, your heart beats quicker because some part of you recognises the excitement the advert evoked in you as a child and you express the feeling physically, usually through facial expressions.

Read more: You may not believe in Christmas but once a year, we all get a touch of its magic

All of these things culminate as a feeling. A feeling which we label and categorise as an emotion. Throughout our lives we learn to label categories of emotions. This labelling is why we use the same word to describe the terror felt heading on to a rollercoaster and the terror associated with being in a car accident, despite the fact that these experiences feel completely different.

But because the brain constructs an emotion on-demand using a wide range of brain regions, there is no neural signature or physiological blueprint with which to record or measure the experience. Many different parts of the brain work together to create an emotion depending on what’s going on around and inside you. This is why every experience of an emotion – even the same emotion – will look different in an fMRI scanner. When it comes to emotions, brain activation isn’t predictable because each emotion is formed from different, unpredictable information and contexts.

At Christmas time, each person has associations with songs, foods and activities that help them use the label “Christmas cheer” to categorise the experience. These associations are totally unique to each person. This is why your festive family traditions don’t always seem to translate when you introduce them to your friends or your significant other.

But Christmas cheer can be shared with others through rituals (such as decorating the tree) and language (through things like carol singing) to cement those emotion categories. Every time we encounter items or ideas that we relate to over Christmas because of our past, our brains create the emotion of Christmas cheer.

But, of course, some people are like Ebeneezer Scrooge and just want to get through the holidays. A lack of Christmas cheer has anecdotally been called “bah humbug” syndrome. In the same way as Christmas cheer, “bah humbug” can be seen as an emotion. Perhaps it’s the dread of family politics or the tight, pounding chest people feel thinking about the cost of Christmas. But the brain combines these sources of information to create an emotion. So if you’ve had more negative experiences associated with Christmas, you are more likely to feel bah humbug than cheer.

Regardless of whether you tend to feel more of the Christmas cheer or the bah humbug emotion, there is a slither of magic in these festive emotions. In every waking moment, your brain is constructing your emotional reality. You have the power to increase your Christmas cheer or banish your feelings of bah humbug. This phenomenon is known as prediction, and it’s really just a numbers game. Rather than reacting to the world, your brain is running an internal model built around patterns of your previous experiences. The more instances your brain has of a positive experience relating to Christmas, the easier it is for your brain to construct Christmas cheer on-demand in the future.

So if you want to get into the Christmas spirit, spend time doing festive activities which you enjoy, share your experiences with the people you love, and do whatever rituals make sense to you. If science can give you anything this year, let it give you the gift of Christmas cheer.