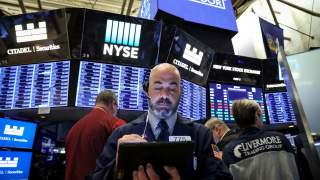 The U.S. National Suicide Prevention Lifeline can be contacted at 1-800-273-8255 or online at https://suicidepreventionlifeline.org/. In the UK, Samaritans can be contacted on 116 123 or at [email protected]. Other similar international helplines can be found here.

Our new research  shows that these types of messages can seriously impact people’s mental well-being. And that when indicators of national economic performance are poor there is typically an associated rise in the suicide rate.

It’s already well known that suicide rates increase in times of economic strife and uncertainty. Previous research estimates that the 2007 economic crisis in Europe and North America led to more than 10,000 extra suicides. And findings from last year show that suicides increase both in years of significant stock index decline and in the year that follows it.

Austerity measures such as welfare and health spending cuts have also been identified as the cause of “spikes in suicide rates” among certain demographic groups. There is also evidencethat a country’s suicide rate is associated with its maturity or stage of economic development (growth) – with increasing male suicide rates in even the most prosperous developed countries. This suggests that the path taken to increase income over time has negative mental health eﬀects on countries.

In our latest study, we used data from the US that took into account the 2007 financial crash and global financial crisis. We explored how such economic factors translate into higher suicide rates. Departing from earlier studies on this topic we explicitly considered “consumer sentiment” –- this is the emotional way in which people perceive their economic situation to unfold, such as expecting to lose their job. We used the Consumer Sentiment Index to measure people’s perceptions of their financial situation and the economy in general.

We found a strong correlation between the way in which people view their economic situation and the average suicide rate. So the more negatively people view their prospects, the higher the likelihood of suicide. The data showed how the average suicide rate increased significantly in the aftermath of the financial crisis for all sex and age groups – though this effect was found to be stronger for females than males.

Our findings suggest that consumer sentiment plays a significantly greater role in explaining variations in the suicide rate compared to traditional indicators such as income and employment figures. So it would make sense that constant negative announcements – such as high unemployment, rapidly rising prices, and increasing business failures – can have an impact on mental well-being. Ultimately, these relentless messages depress consumer sentiment and raises suicide rates.

Our statistical work, however, also shows that a 10% increase in the Consumer Sentiment Index reduces suicide rates by 1%. So the results show that a more positive outlook on personal finance and the economy in general can actually reduce suicide rates.

We also tested the impact of increased spending in mental health provision in the US and found no evidence to suggest it lowers suicide rates. This is likely due to other public spending categories, such as in education and employment, being even more important to mental well-being than state level mental health spending.

Clearly, it is incumbent on news media to report honestly and frankly on the state of the economy. Yet rarely is consumer sentiment explicitly recognised as contributing to potentially serious mental health issues.

So in the same way that many media outlets aim for sensitive coverage of terrorism, gun crime and natural disasters to avoid unwanted panic, responsible media communication of issues relating to the economy should also be considered. This could offer balanced reporting that is mindful of mental health and well-being.

Rarely is it reported in economic news coverage, for example, that downturns are always followed by upturns. Cyclical patterns in economic performance are perfectly normal and to be expected. And in this sense, they can be good times to exploit training and education opportunities in advance of the next upturn.

This is particularly important given that uncertainty surrounding the UK’s future is already having worrying effects on people’s mental health – with ministers being told to prepare for a rise in suicide in the event of a chaotic no-deal Brexit.

This article by Allan Collins and Adam Cox first appeared in 2019 in The Conversation via Creative Commons License.