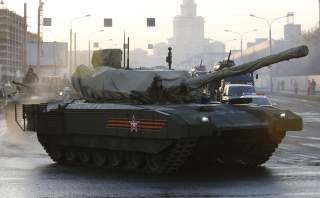 There is an irony to the British report, and similar such publications by military establishments bemoaning their land forces, in that the Russian Ministry of Defense can no more afford to replace its armor fleet with Armatas than anyone else,” Kofman said.