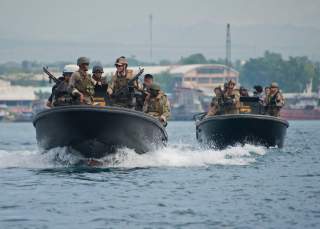 Key point: The Navy’s most elite warfighters could slap together a submersible hull in just a few weeks.

It usually takes the Navy around five months to build even the smallest submarines to ferry Navy SEALs into and out of combat zones — but thanks to new technology, the Navy’s most elite warfighters could slap together a submersible hull in just a few weeks.