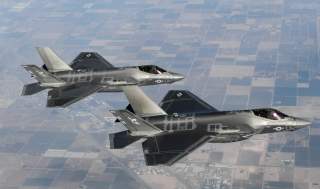 The U.S. Navy is facing severe scrutiny from Congress after it was discovered that the new Ford-class supercarriers would be unable to launch and recover aircraft, with the legislative branch going so far as to propose refusing deliveries of future carriers until they can sort the issues out.

The primary problems surrounding the carriers come from new technologies being unable to work as a system- namely the F-35C aircraft, the Electromagnetic Aircraft Launch System and the Advanced Arresting Gear.

EMALS and AAG have been plagued with issues since the beginning, and the entire Ford-class seems to suffer from cost-cutting measures and overruns, respectively.

According to The Drive, the Government Accountability Office claims that Ford-class carriers might not have the ability to deploy F-35s until 2027 at the very earliest.

In response to the Newport News Shipbuilding Company’s inability to produce a properly-functioning carrier, Congress now wants to make it illegal for the Navy to accept delivery of its next Ford-class aircraft carrier, the future USS John F. Kennedy until all the issues are resolved.

The Kennedy is expected to commission by 2024.